This regalia has properties similar to that of the Flame Regalia and the Wind Regalia (as its road is a fusion of the Flame and Wing roads). This road helps control the sheer power and scale of the Explosion Road's "explosions", and helps with the feeding of air to create "explosions" - its name is Firestorm.

Infinity Inferno - The Infinity Atmosphere of the Flame Road and Explosion Road. Its exact effect is unknown, but it appears to increase the strength and speed of the users "flame".

Flame Road: After Burner - Using the same principle behind a jet engine's afterburners, Guren accelerates to supersonic speeds, creating a sonic boom and leaving tongues of flame where he made footfall.

Pheonix - By creating flames on the ground Guren creates an up draft that causes him to lift up, the he uses his wind control to propel him forward.

Explosion - Guren creates flames on the ground, and he then feeds air into the flames making them more explosive and dangerous.

Fireball - Guren causes a spark of fire to fly upward, then he feeds air into it so that it has the shape of a fireball. Next he uses hardened air to keep the fire in this shape and finally, he kicks the fire ball and propels it forward.

Doodlebug - Guren creates an incredibly powerful and wide scale explosion that can rip and burn steel and rock, Guren states that the power of this explosion is equal to that of the V-1 flying bomb (the Doodlebug). 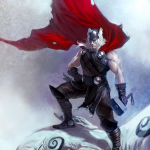